The Technological Advancement in the Field of Extended Reality(XR) 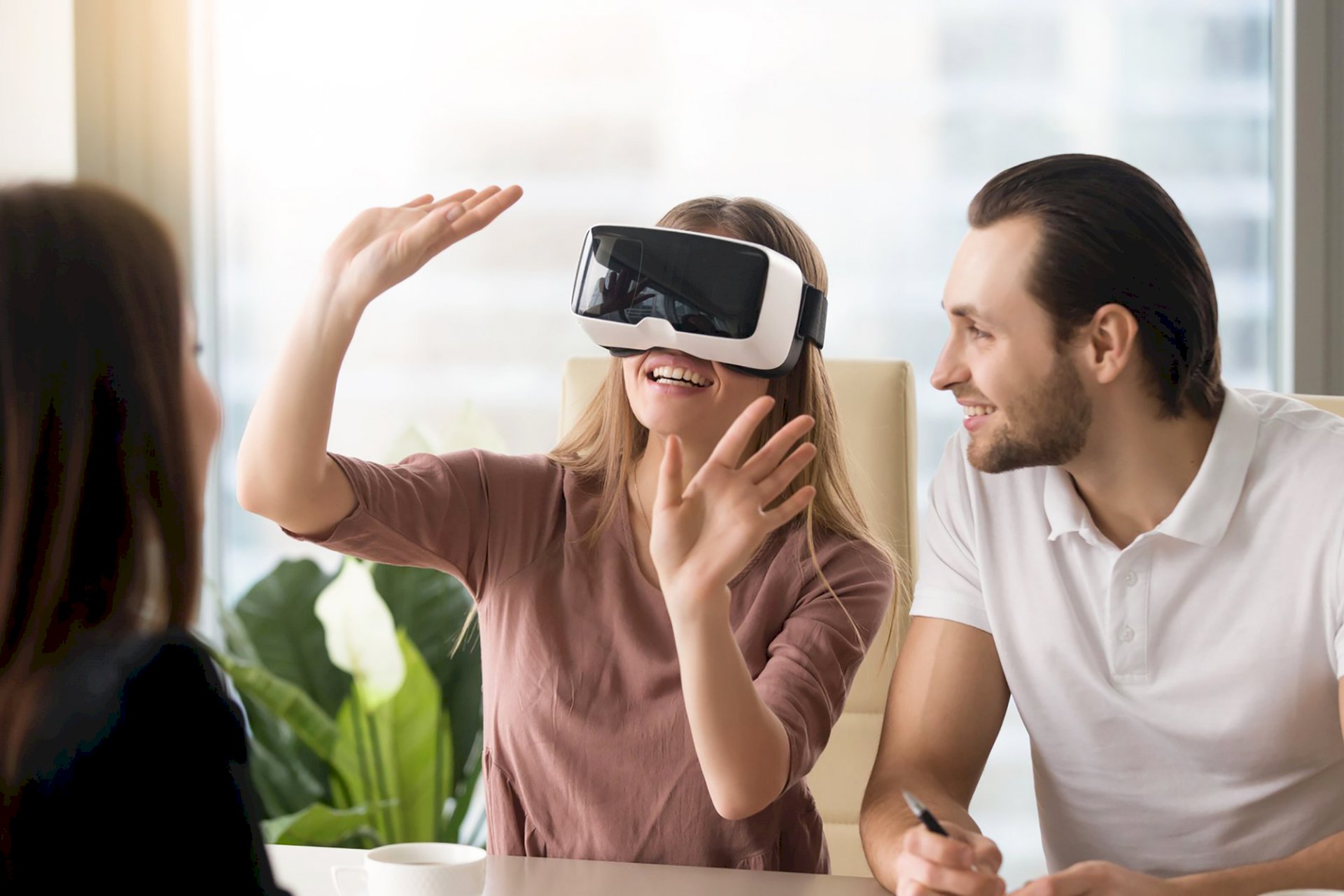 Welcome to the age of new realities virtual and augmented!

Our world is advancing faster than it has ever before and it’s hard to keep up with day to day technological advancements. So that means, that at any given time there would be a plethora of new technology to be launched or kept an eye on.

Especially if you are an investor, it’s your job to look for the next big thing. Well that being said, investors are investing a large chunk of capital in this new Extended Reality technology  we are going to talk about today,

Since the industrial revolution in 1857, we as people have come a long way, where the invention of the internet and mobile phones bombed our spaces and made us a part of their society.

Today we see everyone is so engaged in their screens, like Laptop, TV, Mobile Phones, not because they are addictive but because they have become a very integral extension of our lives.

But due to VR and AR technologies, we are going to change the way we use screens.

Now Let’s talk about the market, and how much of a role in this industry of extended realities is going to play!

And that’s a lot amount of capital to be invested in an industry that hasn’t explored all of what it can do! And moreover, we are just a year away from that day where we get to witness the technological advancement putting its roots in the market.

So here’s the thing, Augmented Reality (AR) and Virtual Reality(VR) are both new pair of technologies, and both of them have their strengths and weaknesses.

So common bare with us and see what are they and what new experiences they would open to us.

Well, if you start by emerging yourself into a totally different world than the one you live in. That is what exactly it’s going to feel when you use Virtual Reality (VR).

That’s it’s the whole concept, basically, VR uses computer technology to create a simulated environment of which we become a part. And we will be able to live our experiences while simultaneously using it.

Well, VR is a technology that has been discovered since the 1900s, but people named it differently and the prototypes made were also quite similar to the VR we see now.

Back in the 1900s, there was a machine called “Sensorama” which was the earliest known example of what we call VR today. Basically, “Sensorama” was an immersive multi-sensory technology, because it had screens, you could smell it and experience the wind blowing through your hair, pretty dope right! So in a way, it was sort of a VR only.

Only back then there was no technological advancement as we have today.

After “Sensorama” an American scientist, ‘Ivan Edward Sutherland’ a pioneer of the internet and the so-called father of computer graphics made a machine called the Sword Of Damocles which was considered to be first machine of VR with a head-mounted display and a head-mounted display  (HMD) system. Created in 1968 where he termed the experience as the (ULTIMATE DISPLAY).

Then a few years later SEGA TM. Came up with their first VR headset which became infamous, not kidding!

Let us tell you as to why the product was infamous or failed in the market. Here’s the answer, because it only used 44 pixels rate and had only one color to play games, like literally a red color in the background.

If you were a gamer, would you like to play a game where everything you see is red? No, right? So the reviews turned out to be uncomfortable and too expensive. Today these headsets cost a lot cheaper, have a full HD resolution and 3D objects and a better gaming experience.

Not only in gaming but VR today is used for cognitive research and helps to treat people who are having PTSD. Surgeons are also using VR to perform highly technical surgeries. With time VR started showing it’s weaknesses too.

Here’s what happened - VR headsets are available in two forms, Wired and Wireless. Wired headsets are mostly connected to the good processor but since they are wired they cost a lot and lot to repair too.

Since they are wired the reach of the headsets is limited. because the wires are connected to a strong processor which does most of the handwork.

And that is draw-back - if something were to happen to your processor again it would be a grave loss. Wireless headsets come with an option to connect a mobile phone, where we put our phones into the VR. Although not all mobile phones provide a good HD resolution, and since the headset does not provide a good processor, it’s still a work in progress.

But it has its perks like, it can be carried anywhere very easily, comes with a battery which lasts almost similar to that of a laptop and is a better option than the wired ones by far.

Let’s see what AR can or can’t do

On one hand, where VR takes you to a whole another world, AR adds things to our existing environment. It has been given the name Augmented. Because augmented is derived from the Latin word "Augere" which means to add or increase.

So that is exactly what AR does, it adds new elements and increases the experience. In lay-man terms when a person’s real environment is supplemented or augmented with a computer-generated virtual image it is known as AR.

It is based on three basic things:

"MAGICALLY" was the first company to introduce AR into the market with a 15 million dollar investment in 2014. Then after 2 to 3 years, Google made an investment of 2.3 billion dollars into this company.

Now what the company is doing is making advancement in terms of content, usage, and the High definition wide-angle. Something which VR fails to do. The company has already introduced the concept of smart lenses. Let me give you a real-time example of how AR works:

Have you heard of the game called "Pokemon Go", It’s completely based on Augmented Reality (AR) Or even SNAPCHAT is totally using AR technology? If you pay attention to all its filters you would be able to find out that SNAPCHAT presents a layer of reality over the reality in which we live. Basically adding elements to our reality and making a cool experience out of it, is the work of  AR.

Now VR also helps people without limbs, to recreate their own world where they learn to walk by putting one foot after the other and that helps them to gain confidence to follow that same procedure in the real world. With that being said I feel that our world is leaning more towards the scope of AR and what more could it do.

But who knows, maybe in the next five years there might come a time where AR would take over VR or vice-versa.

Like for eg, when walking into an office you would use AR and when you are tired you could use VR to chill and relax. But that’s just a thought

Now let’s talk about this new technology which was first coined by Microsoft industries Called the MR or MIXED REALITIES.

Actually, the sum family of this category falls under the name of XR or Extended Realities

MR is nothing but a mixture of real and virtual world to produce a new environment and visualization where digital and physical objects would co-exist and interact in real-time. MR is neither really on the plane of reality nor on the plane of the virtual world, but it’s rather the hybrid of the two.

It’s kind of similar to AR(Augmented Reality) but the key difference being MR allows the virtual overlay of graphics to interact with the real world.

Like for eg. Microsoft just launched its “Hollo Lens 2”. It’s sort of a Goggle and through it, we can see the Mixed Reality like it has a 52 degree of view on things and has a resolution of 47 pixels per degree. With this, you can place objects into the real world as per your liking, because what ‘Hollo Lens’ does is it depicts holographs into the real world.

See, in AR we were able to add objects, which were bonded into the reality of that viewer or screen, but in MR we can actually put holograph.

like for eg. if we are studying human anatomy and we deiced to pick an organ, let’s say ‘Heart’, so now in mixed reality, we would be able to spin the heart, look for malfunctions in it and devise a process to solve a problem using Mixed Reality. Basically, it will help you to interact with these objects in the real world by superimposing them onto a reality plane.

So in layman terms, we are mixing the real world with the virtual world but somehow we are still able to interact with both of them and manipulate elements according to our desire.

The coming year has been anticipated with tremendous growth in extended reality technology as we are seeing.

Synextic Global took the initiative to provide worldwide Digital Transformation services where technical services are considered to be innovative, creative, and cost-effective by our clients.

Check out our website to know more about our services and “How we will help to make you a powerful brand”.

A monthly digest of the latest Sketch news, articles, and resources.